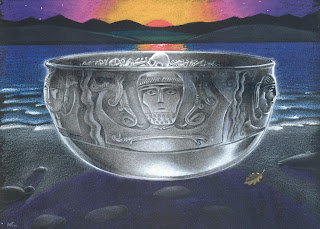 
- Song of Samhain from Celtic Devotional by CM.
Posted by Caitlín Matthews at 07:17 8 comments: